Alan Browne, as well as David and Betty Barrans, volunteered at the fair. They all toured with Walk With Jith in 2010. Our very special thanks to all of you for your valuable time and support at the Bird Fair 2011!

Mandy West met Jith at the British Bird Watching Fair 2011. Here is an excerpt from Mandy's blog entry about her visit to our stall: 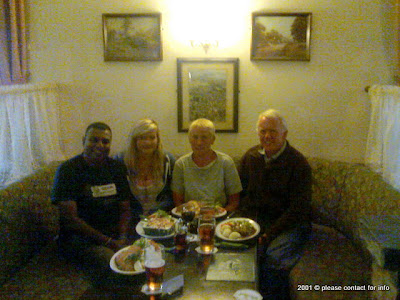 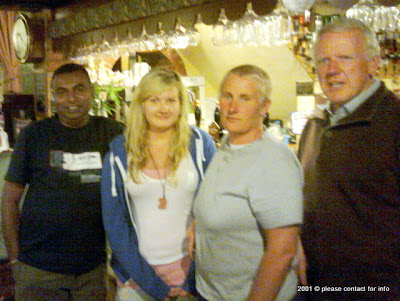 Prasanjith, Jennie, Lesley and Alan in the UK

Special thanks to Lesley, Alan, and Jennie for the wonderful evening and dinner as well as all other help. 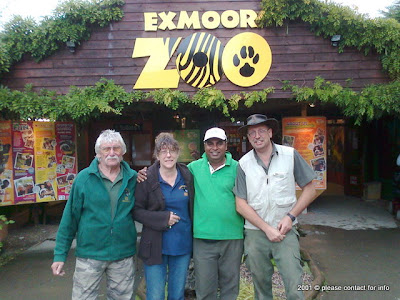 After the Birdfair, Jith visited Exmoor Zoo in Devon by invitation of Lynn and Danny Reynolds. Many thanks for the memorable, nice two days at your place!!